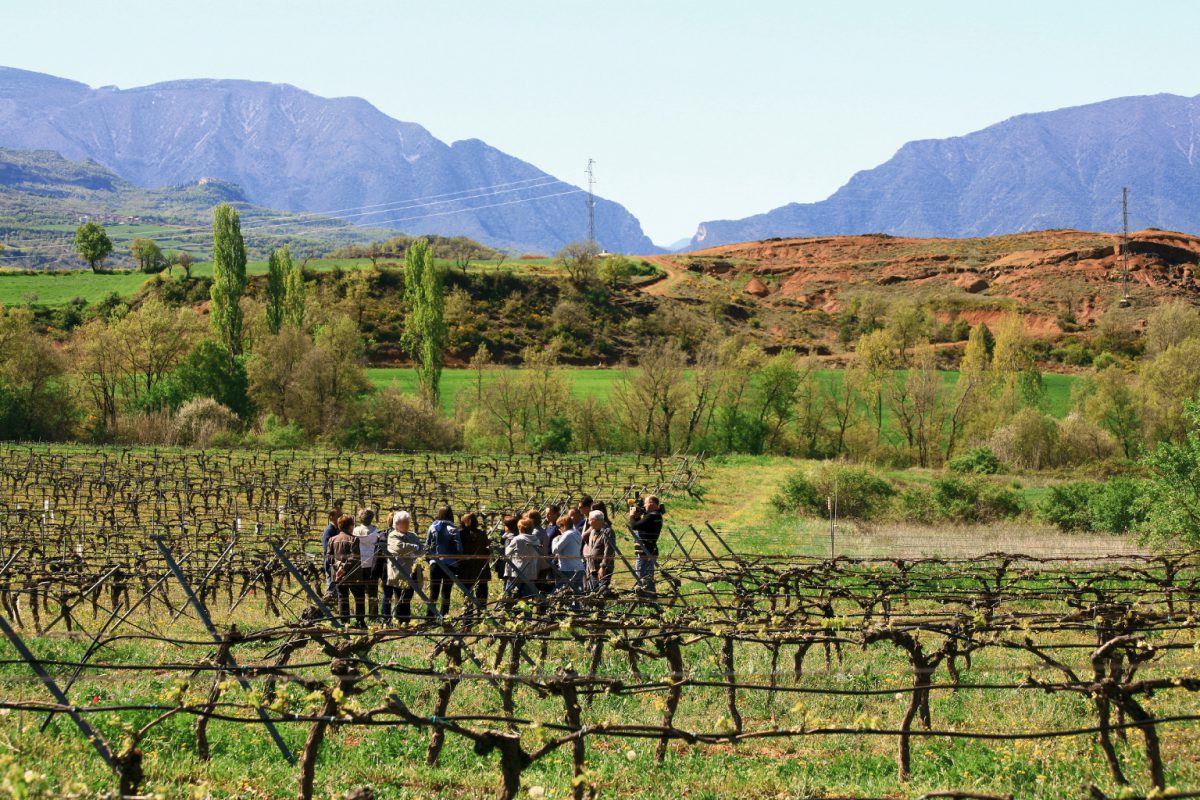 Vila Corona Cellar is located in Vilamitjana (a village in Pallars Jussà, in the Catalan Pyrenees) since 1993. It is surrounded by a vineyard of 10 ha. planted in 1989, with the varieties Riesling and Chardonnay, as white wine; and Tempranillo (also known as Ull de Llebre), Grenache, Morastell, Merlot and Cabernet Sauvignon , as red wine.

The Cellar’s location in characterized by a mediterranean -continental climate, but influenced by the surrounding mountains. It is part of the Tremp Basin with specific microclimate favoured by the mountains. Our vines are planted about 500 m. This situation causes very marked temperature inversions, which facilitates a slower ripening. The rainfall ranges between 500-560 ml/m2/year and snowfall are an average of 1,5/year. The temperature fluctuates between -14ºC and 39ºC.