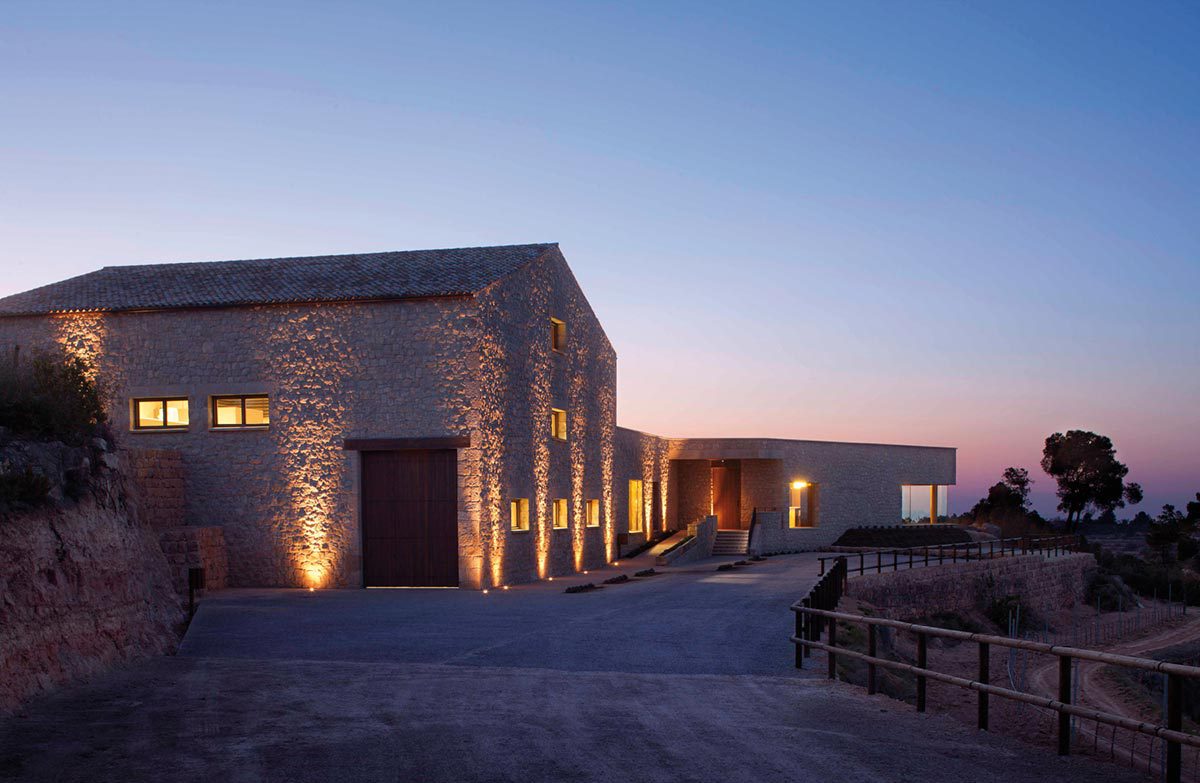 Passion and respect for the land; the gentle, painstaking care taken in each of the phases of the winemaking process, and the expert hands of oenologist Martí Magriñá have given Clos Pons a winemaking competence that has consolidated the winery as a reference point for quality both within the D.O. Costers del Segre and on an international level. This is reinforced by the recognition it has been afforded by consumers and by some of the most prestigious institutions worldwide.

The construction of the winery completes the wine project started in 2005 by the Pons family. The design of the space is fuelled by the philosophy of tradition and respect for the land, reflecting the history of the company. Based on the concepts of order, symmetry, land and buildings of stone and wood, characteristics of the area of Les Garrigues, the project revolves around its adaptation to the environment and the project’s interaction with it.

The rectangular floor plan located on the top of a hill offers magnificent sunsets, overlooking the vastness of Les Garrigues and the Catalan Pyrenees.
The Winery is perched on a hill that overlooks the entire vineyard. It is a construction that adheres to the concept of the French Château or the American Estate. This means integrated production, with the grapes being converted into wine on the same site where the vines grow.

New technology and traditional methods are combined at this facility, where everything is designed with the idea of working with respect for quality while maintaining the maximum properties of the terroir in the wines.

Stone and wood feature in a new construction that aims to achieve maximum integration into the local landscape and maximum respect for the nature surrounding it.

The zone
Clos Pons winery is located in Les Garrigues district, in the south of the province of Lleida, in the towns of L’Albagés and La Pobla de Cérvoles.
The landscape is outlined by olive and almond trees and distinguished by its dry, arid soil. The olive tree is the most widespread crop in the region. The typical olive tree variety is the Arbequina, which has a small, round olive that produces high quality oil.

The Set River, the most important river in the district, originates in the heart of Serra de la Llena, but most of the year it is dry due to the arid and continental climate.

Catalan, Spanish, English. Interpreter services of another languages for groups.